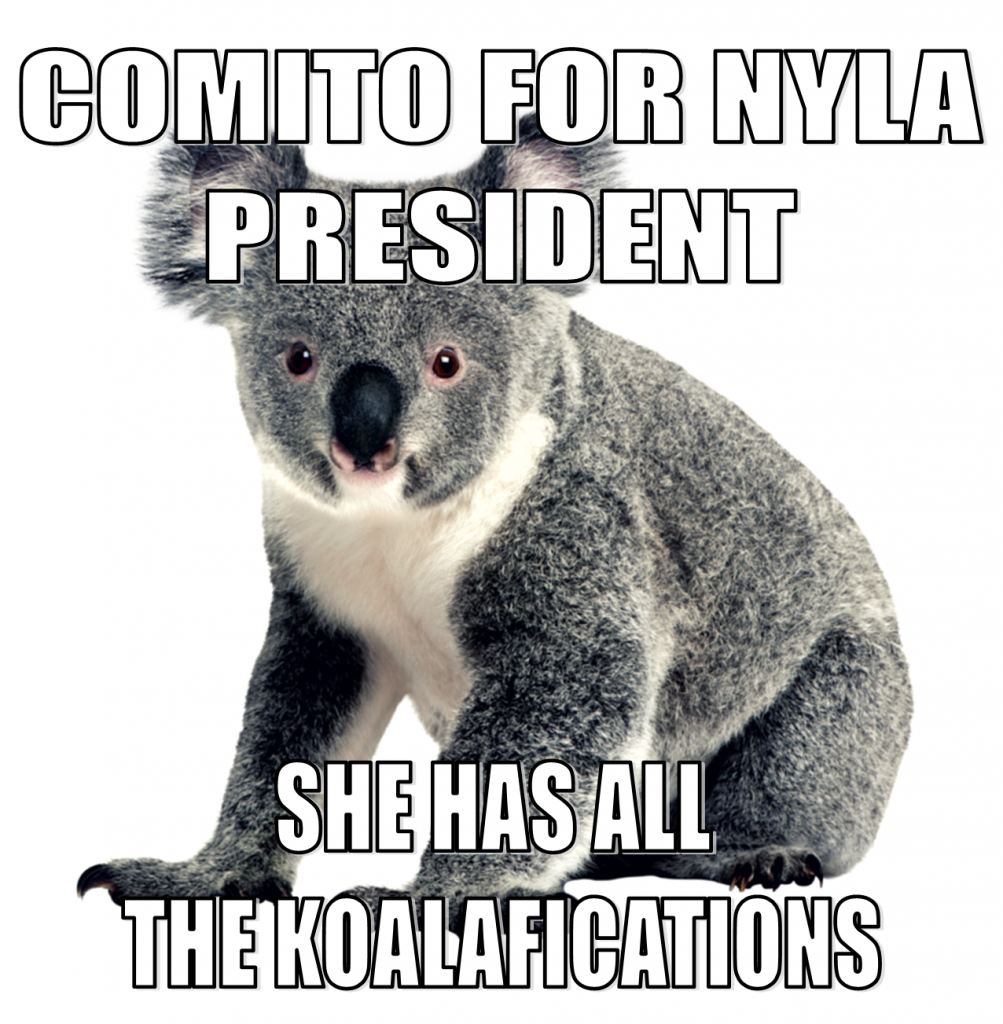 I’m running for NYLA president! I wrote a candidate statement, which you can find here, but it’s not really enough room to say everything that I want to say about NYLA, libraries in NYS and NYC, and why I want to serve as the next NYLA President. So, here we go!

Why on earth should you elect a 33 year old to be president of the oldest library association in the country? Well, a lot of reasons. To begin with, I’ve started one of the newest library organizations out there. I have worked with Urban Librarians Unite for the last 7 years, and in that time I’ve had the chance to fill out IRS paperwork, run board meetings and committees, and do the books. It has given me a good understanding of what it takes to operate a not for profit. NYLA’s budget is bigger than ULU’s, but the concepts remain the same, and I have had years of hands on experience in keeping a c3 going. I’m a tireless advocate for libraries, who never shuts up, and isn’t afraid to humiliate herself if that’s what it takes to get the job done. 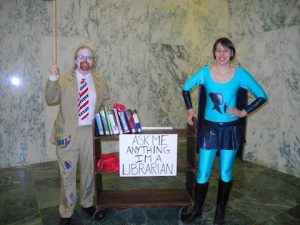 My professional life isn’t just ULU. I have been at the Queens Library for almost 10 years, and have worked my way up from a Librarian Trainee to running the Central Library’s  Job and business Academy, supervising a staff of 16.  I am in my second Term on ALA Council, where I have written and  passed 2 resolutions, including a resolution on the importance of libraries and library staff post Sandy and Irene. I have also served on the Board and as President of the Leadership and Management Section of NYLA.

I have found NYLA to be a great place to get leadership experience and support in my career, and have been happy to find friends there as well. But I also remember that when I started out it was pretty intimidating and hard to figure out. I know that joining a new professional association will always have an aspect of that, but I want to try to help make the process for getting involved more clear, and easier to navigate.

Make sure that you vote in this year’s NYLA elections, I know it can seem like a chore, but I promise the ballot is much shorter than ALA’s! I hope that I have your vote, and I do, then I also hope that I have your commitment to get involved in NYLA beyond voting as well. NYLA works because we do.