It was never your Grandma’s library. No. Actually it was your grandma’s library, and her librarian was a bad ass. I just saw yet another article about how the new library is becoming so innovative. Look Ma! They have 3D printers!

On the one hand, it’s really great that libraries and what they do are so ingrained in our collective experience that when you say library, everyone has a basic idea of what we do. On the other, it is clear that the basic idea of what we do, begins and ends at books and quiet study. So anything new is a shock. We even do this within the profession, talking about change and innovation so much that I wonder if we have all forgotten something really important. 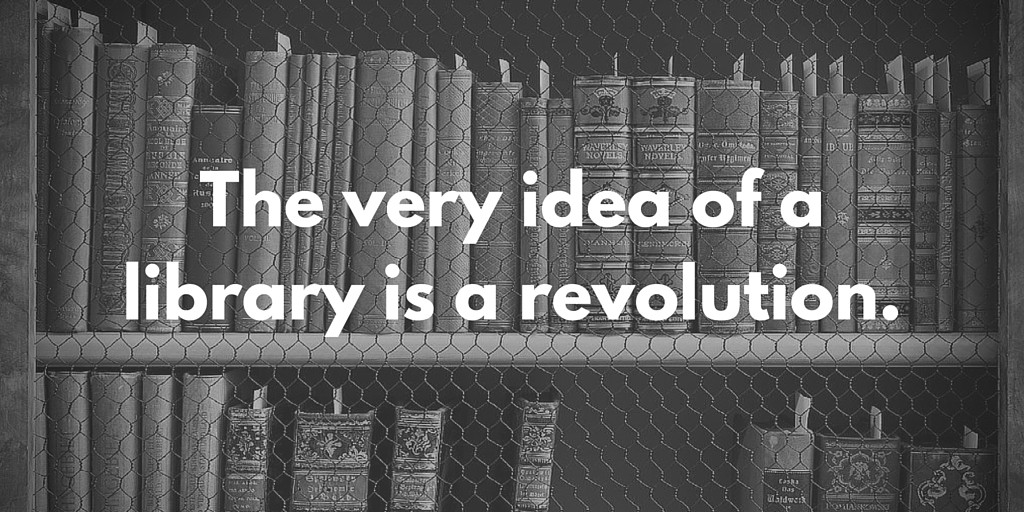 Using public funding to create a building and fill it with books and resources that anyone can use? a few decades later, setting a room in that library aside for the use of children? Collecting and lending novels instead of just nonfiction books? Talking to the patrons in Chinatown to build a Chinese Language collection in 1911?* Thinking that you can just make a computer language to organize books, when computer languages have only just started? Putting all that shit in a truck, and taking it to the people who can’t get to you?

Libraries now, and the innovation that happens in them are built on a rich history of innovative bad asses. They paved the way for everything we do now. It’s time to stop apologizing for the “loss” of the traditional library and to realize that it never existed. It was always in a state of flux. And it’s time to stop thinking that we have the corner on innovation. We don’t. We are, as all of the librarians who came before us have been, constantly changing.

So go out, and do amazing new things. Because we always have, before, and we’ll keep doing it. And we, and our libraries, aren’t going anywhere.

*wow the language in this article is, um, antiquated, but damn Miss Ernestine Rose. Go you.